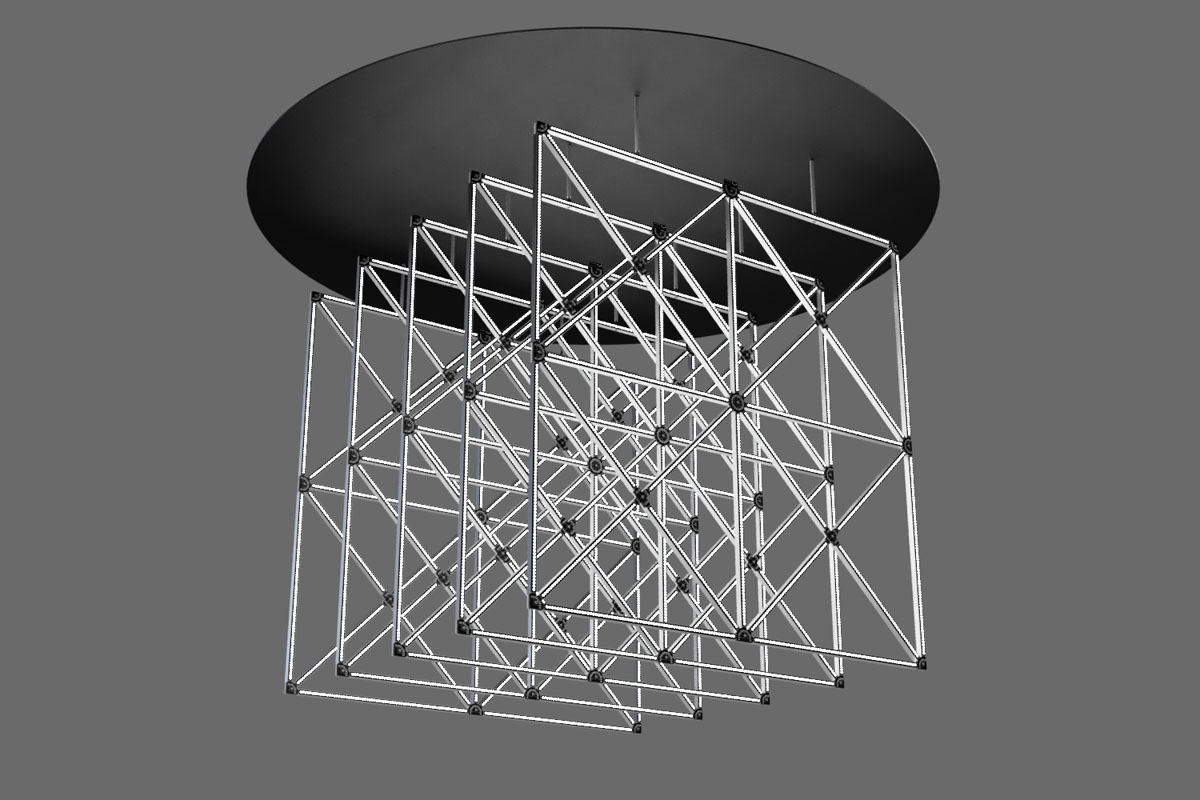 This installation consists of five identical aluminum frames with each 1740 individually addressable RGBW LEDs (reg, green, blue, and white channels) for a total of 8700 LEDs.

The installation has been commissioned by the Università della Svizzera Italiana (USI), and it has been designed and curated by Gysin & Vanetti.

My tasks consisted of engineering it both structurally and electronically.

A 3D-printed spacer printed in ABS flame retardant material at every junction allows the cables to be routed. On top of it, the four layers PCBs distribute the power and properly connect the various LED stripe's serial Data signals.

The project was parametrically designed in Fusion 360 for fast modifications and iterations.

In the following video, all the described elements are shown.

The current required for the 1740 RGBW LEDs is quite considerable once fully lit. Four-layer PCBs were chosen to reduce the resistance for the current and were designed to connect all the LEDs stripes data lines.

Additional internal cables were added to the central PCB from the top connector for the same reason.

The main controller was a single Teensy 4.1 (incredibly fast in managing a myriad of LEDs). A Raspberry Pi provided wifi connection capabilities for remote programming for the Teensy.

A custom shield PCB was designed to connect the Raspberry Pi to the Teensy 4.1 and connect all the data lines to the LED frames via Ethernet cables (the most reliable, cheap, simple to install, and, most crucial, shielded solution).

The shield has also a buffer chip to convert the Teensy 3.3V data lines to 5V for the LEDs.